Have you ever wondered is there such a thing as the best time to play pokies? Both land-based and online? Best time of day, best time of month? Do pokies pay differently during different times? We’ll explore that topic in detail right here. 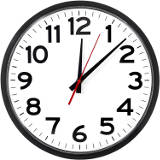 First and foremost, pokies don’t know what time it is. We can safely exclude them from the conversation as they’re machines and don’t care if it’s day or night. Even at land-based casinos, pokies always have the same chance to pay up.

It’s humans who are the volatile factor.

First of all, you. You have a different energy in the morning and in the evening, you have your daily schedule to adhere to. You might not be equally concentrated and equally able to play pokies the way they’re supposed to be played during the entire day.

In all likelihood, if you’re tired or/and had a few drinks you will be making poor judgements and poor decisions. Such as, playing for too long or putting more money into a machine that just won’t pay up.

If you’re playing at a casino, maybe you’ll feel better when the casino is empty, or you might prefer the buzz that comes from having many people around. Land-based casinos have opening hours, and you might need to eat at some point, too. Generally, playing late at night isn’t a very good choice. Criminals, scoundrels and other people with bad intentions love the night.

If you’re playing online, there will be different distractions during the day. Work, family, chores. It’s usually a best idea to play pokies when no one will be nagging you to do something. It might be the morning when you’re home alone, it might be the lunch break at work, it might be late evening when everyone’s asleep. Just make sure you aren’t half asleep! 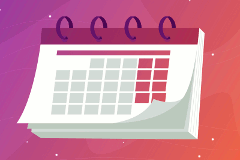 Most people don’t feel very comfortable when they’re gambling with money they need for something. It’s always best to play pokies when you’re stress-free, when you’re playing with your disposable income, and when you’re simply having fun and giving yourself a chance to win some jackpot.

The best time of month to play is when you’ve paid all your bills, made sure everything’s alright, and can therefore indulge in playing pokies without any guilt or fear. If you feel like that all the time – congratulations. You may play pokies at any time.

If you’re playing at an online casino, there might be monthly (or weekly) promotions. For example, you might be getting a reload bonus on Friday and only have 24 hours to clear the bonus. In that particular case, Friday would be your day.

Play When Jackpot is Huge 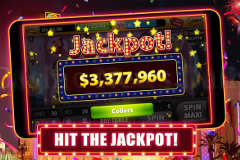 The best time to play any given pokie that has some sort of a progressive jackpot – a small or a huge one – is when the jackpot is higher than normal. If you see Mega Moolah at 10 million, play your heart out. If it’s at 1 million, well, maybe it wouldn’t be the best idea to put a lot of money into it.

This strategy alone can improve your chances of winning the jackpot, even if you don’t necessarily see it because you haven’t won the jackpot yet. But this strategy is vital. When you do win the jackpot it won’t be because of this, but the win will be 10 million instead of one.

By constantly playing when the jackpot is higher than average you’re gaining an edge over the game and are increasing the profitability of what you’re doing.

Play When Jackpot is Due

Also, if the jackpot hasn’t been won for a while, that’s the time to start betting relentlessly. Law of large numbers applies to progressive jackpots as thousands of people are playing the same pokie. While a single pokie can’t be “due” to pay up, a progressive jackpot pokie definitely can be. If the jackpot is usually won once every six months and eight months have passed, it’s due.

Just make sure your bet per spin qualifies you for the jackpot, and you’re good to go. Keep hitting that Spin button until you can’t feel your finger.

This would fall into the category of being in a good mood. You may have your rituals and even superstitions that steer you towards playing at a certain date, at a certain time of day or even a specific hour. Maybe you don’t like playing on Friday the 13th?

That’s perfectly fine. Being in a good mood and having a positive attitude is all that matters. That’s when you’ll be making the best decisions.

If we sum this all up, you’ll play a progressive jackpot pokie when the jackpot is huge and hasn’t been won in a while – if that’s the kind of pokies you play. If you play the regular ones, then you’ll want to play when you’re in a good mood and when there are no distractions. In both cases, it works best if you don’t have to worry about the boring mundane stuff such as bills, and have set aside some money for gambling.